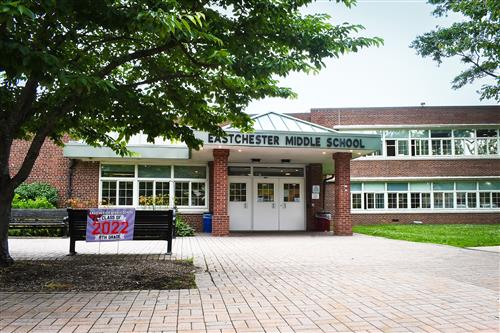 What could be more fun than a good old-fashioned block party?

On Saturday, June 18, Eastchester will be holding the first-ever We Celebrate Eastchester event, a festival designed to bring the community together while promoting how a culture of inclusion has long been one of the key pillars of the town.

Through an afternoon of games, art exhibits, performances and other activities, the event’s organizers hope to reaffirm Eastchester residents’ commitment to each other—as well as to the town itself.

The initial idea for We Celebrate Eastchester sprang from the work of Eastchester’s Diversity, Equity and Inclusion (DEI) task force, which found that the best way to highlight the town’s diversity was to organize a unifying event that showcased the contributions and talents of Eastchester’s students. Cara Dippolito, a sixth-grade ELA teacher who served on the committee and was integral in the planning of Saturday’s outing, said that much of the inspiration for the event came from previous smaller initiatives organized by the school district.

“I was thinking it should be something outdoors, in the spring, just bringing the schools together in some capacity,” she said. “Kind of like an arts festival-meets-club expo.”

The idea quickly gained traction, as administrators and board members began to offer their input on how best to celebrate the town’s diversity. Eastchester Superintendent Dr. Robert Glass said that the idea of a “block party” event perfectly encapsulated the theme of neighbors uniting for a common purpose.

“As a community, we’ve been through a lot, and we wanted to focus on what brings us together,” said Glass. “And I had in mind a neighborhood block party I went to where I got to meet neighbors I didn’t know, I got to know who their kids were . . . [it was] something where you walk away from it and feel a tighter connection to the community.”

Saturday’s celebration will feature the traditional staples of any street fair, including food trucks, music, games, cotton candy and clowns. But the organizers believe that what sets this event apart is the contributions of current Eastchester students.

There will be musical performances from the Eastchester High School Chorus, Orchestra, and Jazz Band, as well as by students from the Anne Hutchinson, Greenvale and Waverly schools. The Jazz Co troupe will do a number from their February show and provide dance instruction to attendees. Artwork from students of all ages will also be on display.

Dippolito credited the enthusiasm of Eastchester’s students—especially those preparing to graduate next week—with helping this event get off the ground.

“They have a ton of energy, they have loyalty to the school, and they’re graduating soon,” said Dippolito. “I think it’s important that they look at this as something that could potentially become annual, something they can come back to.”

SEPTA, the Japanese PTA and Habitat for Humanity will all operate booths highlighting their contributions to the community as well. In addition, K-12 Supervisor of Humanities Susan Chester will be running the “E Pluribus Unum” activity, which will invite students to create small works of art representing what Eastchester means to them. Those pieces will be displayed next year in various district schools.

“We want to show what we value, what we believe, in Eastchester,” said Chester.

The We Celebrate Eastchester event will begin at 11 a.m. and run until 2 p.m. in the Eastchester Middle School parking lot. Additional parking will be available at the Anne Hutchinson School. Families, students and community members of all ages are welcome to come and celebrate the vibrancy, unity and the diversity that are a central part of Eastchester’s DNA.

This event, added Dr. Glass, should only help to strengthen the bonds of the community.