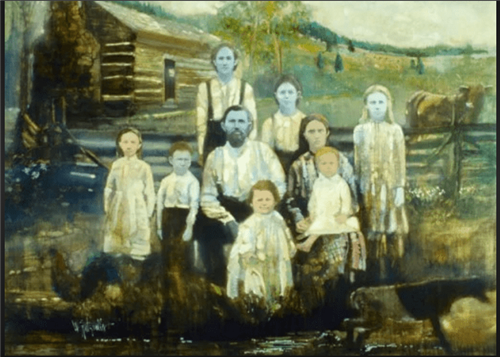 At first glance, the arm-strength of legendary multi-sport athlete Bo Jackson might not seem to have much in common with a family of blue-skinned people from the hills of Kentucky.

But both Jackson and the curious case of the Fugate clan will be featured prominently in Eastchester High School’s science classrooms this year, as district teachers plan units around how the study of naturally- occurring phenomena can help shed a light on certain scientific principles.

Over the first month of their summer vacations, district teachers have been hard at work developing New York State Science Learning Standards (NYSSLS)-aligned unit plans that incorporate such phenomena as the foundation of academic units.

In the biology department, teachers Sasha Bloshenko and Erica Lockwood are using the unusual case of the Fugates—a Kentucky family whose unique, blue-tinted skin became the focus of several scientific studies in the mid-20th century—to highlight concepts in genetics. Bloshenko said she has been using the Fugates as examples during lessons about recessive genes for years, but that the new NYSSLS-aligned unit will ask students to think about the biological concepts that led to this particular phenomenon rather than offering up a simple answer.

“I had found a four-page story about the Fugate family and it went into each generation and explained why they were blue; It was an interesting read and the kids liked it,” said Bloshenko. “But when we started our NYSSLS planning process, the question was for them to discover how this could happen.”

Lockwood added that the new lesson plans represent a shift in academic theory.

“The key idea with using phenomena in general is getting students invested in learning how to solve problems,” she said. “I think so many kids are worried about getting from point A to point B without considering the process. The underlying goal [with these units] is to get students to become more comfortable analytical thinkers.”

Rob Ross and his colleagues in the physics department were inspired to craft a unit on projectiles after watching a 1989 highlight of Kansas City Royals star Bo Jackson throwing out a runner at home plate from the outfield wall. The lesson, explained Ross, would challenge students to use their knowledge of physics theories to determine whether “phenomenal” throws like Jackson’s disproved the conventional baseball wisdom of hitting a “cutoff man” when throwing to a base.

“It’s almost like an optimization problem,” said Ross. “You have to figure out how fast is the ball thrown, what is the time of release on the cutoff, what angle do you throw it at, from what distance. It’s pretty complicated.”

That his classes may not be able reach a definitive conclusion on the matter of cutoff throws isn’t an issue, explained Ross, so long as the lesson offers his students the chance to apply theories of physics in pursuit of an answer.

“This is not an easy simple problem, and, in all likelihood, we may not even get an ‘answer,’ he said. “It’s really just about getting the kids thinking about what they would need to solve this problem. And then of course, our individual lessons will break it into smaller chunks where they can get little pieces of the puzzle.”

Phenomena-based units are also currently being developed by the Eastchester Middle School teachers, noted District k-12 STEM Supervisor Minnie Iannuzzi. In fact, the District has been proactive in its approach to shifting its educational approach at every grade level in an effort to prepare students for new NYSSLS guidelines that will be rolled out over the next few years.

“By having teachers come in and plan over the summer, we are thinking ahead by starting the curriculum revision process early— before NYS tests and Regents tests reflect the new standards,” explained Iannuzzi. “Ultimately, we are not teaching every student to become scientists but to become better thinkers. Engaging students in this way fosters deeper thinking in a more student-centered environment and gives students the tools they will need in the future.”

Ultimately, added Ross, the majority of science teachers are excited about the new guidelines, believing that the implementation of these units can create a richer, more rewarding experience for students.

“This is really how science should be taught,” he said. “Science is taught by experimentation, by learning, by scientific method, by seeing what variables we can hold constant.”