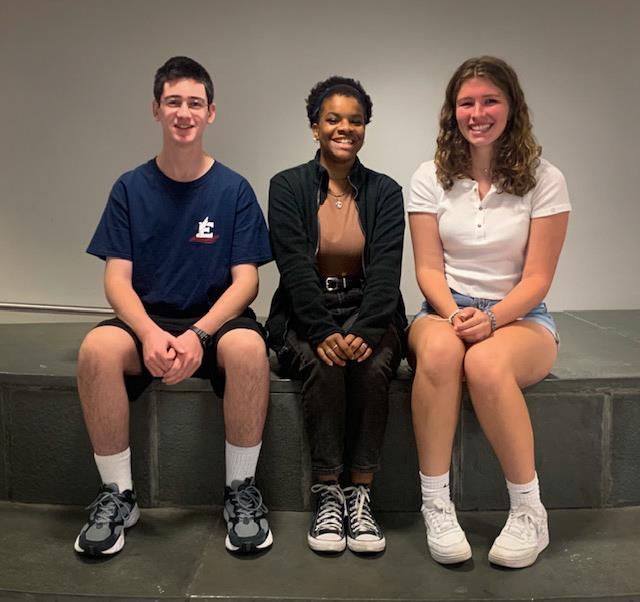 Hannah Sigurdsson(Bb Clarinet) and Ben Wien (French Horn) were both selected for the All-State Symphonic Band, while Carys Harrison-duBoulay (Alto 2) was named to the All-State Mixed Choir.  The groups will perform in Rochester between December 1 and December 4.

Mark Dodge, who helms Eastchester’s music department and leads the Performance Band, stressed that earning a coveted spot with an All-State ensemble is no mean feat. The competition was fierce, as scores of sophomores and juniors auditioned at various solo festivals across the state last spring for a spot in one of several NYSSMA performance groups.

“These are the most accomplished student musicians in all of New York State, so it’s a rather prestigious honor to be selected,” said Dodge. “And with certain instruments in particular, it’s extremely competitive.”

The audition process, which asks students to perform a challenging Level VI solo, is  rigorous, explained Dodge; but both he and Choir Director Jeremy Messmer had confidence that these three talented musicians would acquit themselves well.

“[Kids] will really only attempt that audition if they really think they have a shot,” he said. “And so many of them study privately for many years, so we would never send a student to audition for All-State if we didn’t think they could be close to that and we thought they had a shot.”

Messmer said that he has done his best in recent years to prepare his choir students for NYSSMA auditions, including adding Level IV solos to his curriculum.

“That’s me trying to prime the pump and get kids interested even if they don’t have an opportunity via a private teacher,” he said. “They won’t get into All-State with a Level IV, but at least it gets them started in ninth grade.”

He added that “sight-singing,” another portion of the NYSSMA auditions is something his students practice during the school day.

“Most private teachers are focusing on voice technique during lessons and I do touch on all of that,” he said. “But I also have embedded in my program, 9-12, a fairly rigorous sight-reading component which gives some kids a leg up because not all of their voice teachers address that piece of the audition.”

Although Harrison-duBoulay, Sigurdsson and Wien may have taken home the highest honors from their spring auditions, they were hardly the only Eastchester performers  recognized for their musical proficiency.

Sofia Caballes and Chloe Pepper were both chosen for the Area All-State Choir (along with Harrison-duBoulay), while Greg Moser, Eliott Lacomme Ruiz, and Soo Jung Lee joined Wien and Sigurdsson as Area All-State Band selections.

Yeonsu Son was selected to the Area All-State Orchestra.

For both Dodge and Messmer, seeing their students’ hard work acknowledged by the NYSSMA has been a thrill.

“I’ve known Hannah and Ben since sixth grade, if not longer” said Dodge. “So having that perspective of seeing them grow up, progress and get to this level is really fulfilling; it’s one of the reasons why we teach.”

Messmer said, “For these students to get the chance to participate where it’s literally the cream of the crop, you get to a point where that just edges them even higher.”